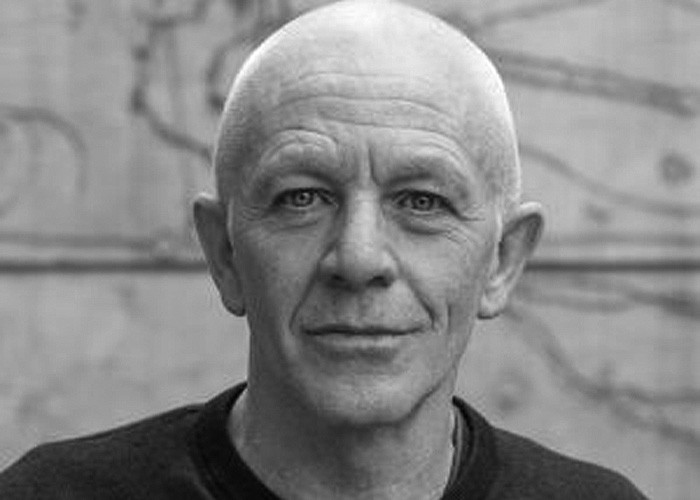 Charlie Hughes has been an actor and a facilitator for the past 25 years. He admits to having lived three lives so far: first as an electrician, then a soccer player and presently an actor. Charlie is a graduate of the full-time course at The Gaiety School of Acting. To date some of his stage credits include – the world premiere of “The Shawshank Redemption” followed by “Borstal Boy” both at the Gaiety Theatre. “Pygmalion” at the Abbey Theatre, “Who by Fire” at the Olympia, “Waiting for Godot” at Smock Alley Theatre with an international performance in Brazil, national and international tours with “Portrait of the Artist as a Young Man”. His one man show “Iscariot”, has toured globally, and was awarded a Distinction at the Moldovan International Theatre Festival.

As a facilitator, Charlie has worked with the youth of the Irish Stammers Association, creating and devising performance pieces based on their unique experience and perception of the world around them.

Through the Gaiety School of Acting, Charlie has performed in almost all of their “Shakespeare for Schools” program, with the lead roles in “King Lear”, “Hamlet”, “ Macbeth”, “Merchant of Venice” and “Romeo and Juliet”. Through this program he has facilitated workshops in schools all over the country, both junior and leaving cert level. 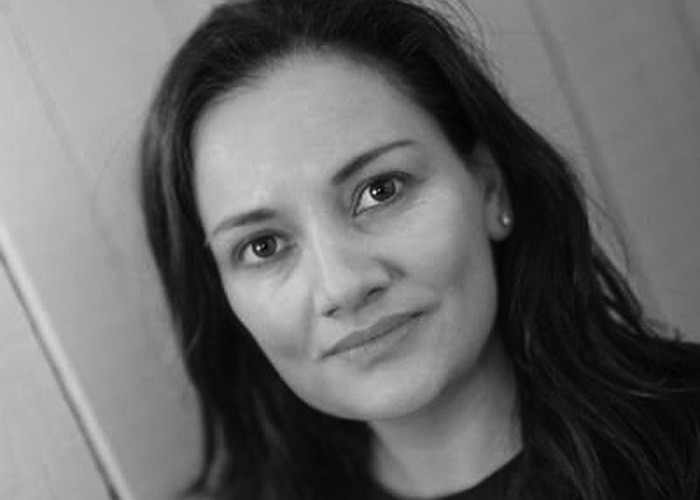 Gemma has taught drama for over 12 years. She currently teaches Acting for Camera to teens and adults at the Gaiety School of Acting where she also teaches ‘The Confidence Edge’ a public speaking course for Adults. She taught ‘Acting for Camera’ at the Irish Film Academy to teens and adults. Gemma was the Transition Year Drama Teacher in Loreto College St Stephen’s Green, Dublin for ten years – this year long course included improv, public speaking, movement, devised pieces and an emphasis on playwrights and playwrighting which included Shakespeare, Samuel Beckett, Chekov, Harold Pinter, Brian Friel, J.B Keane and Martin McDonagh. Gemma directed each TY end of year production.

As a writer Gemma wrote across seasons 2 and 3 of award winning T.V Series ‘Red Rock’ including co-writing the Season 3 premiere. She is also writer/director of Award winning short film ‘The Fireman and the Nurse’ – Awards include Best Short film at the Underground Film Festival 2016 and a Best Director Award at the Wexford Film Festival.  She has just written her first feature film ‘Strays’ based on her short film  ‘Stray’ which was directed by Sinead O’Loughlin and starring Tony Award winning actress Marie Mullen. Gemma’s other writing credits include for theatre – ‘The Robb’d That Smiles’, (Directed by Donal Courtney) ‘Joe Prop’,( Nationwide Tour 2014 in aid of Barnardos Children’s Charity) ‘ The Gift of the Magi’, adaptation for Theatre Upstairs and wrote and directed W.A.G  (Nationwide Tour 2013) and directed ‘Snake Oil’ by Alan O’Regan.

As a producer, Gemma produced the play ‘Bear Hug’ for the Dublin Frige 2006 , (directed by Donal Courtney)  and co-produced the short film ‘Engraved’ 2013 which won the Audience Award at the 24 Hour Film Festival 2013

Gemma is also an accomplished Voice Over Artist.

An actress of over 20 years, she was nominated for an IFTA for ‘A Song for Rebecca’ in 2007 and played ‘Sarah O’Leary’ in RTE soap ‘Fair City’ for ten years. 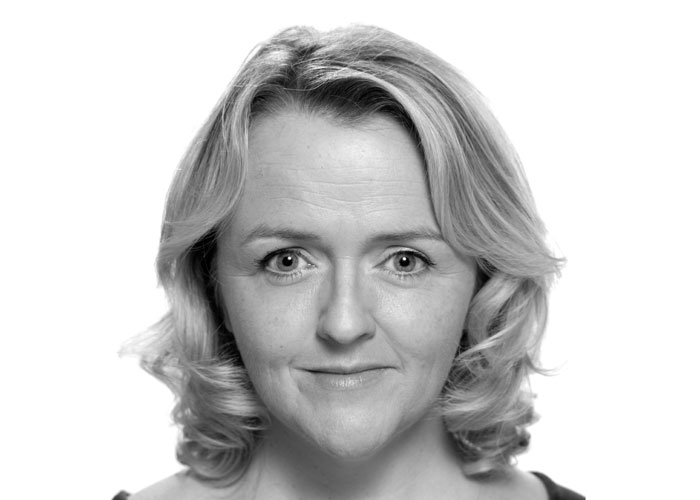 Gene is a proud Limerick woman. She began her stage career reciting ‘Mrs Peck Pigeon’, in Feile Luimni, aged four. From then, until leaving school, Gene took part in every work shop and drama class on offer in the town.
She studied French and Italian in Trinity College, where she was heaily involved in their drama society, Players. There, she took part in all kinds of wacky and wonderful productions, the highlight of which was, Dante’s Divine Comedy, the Disco Version, directed by Dominic West.

After Trinity, Gene went to Australia for a year. It was while working there, that a friend dragged her to an open audition, from which she was cast as Edith, the maid in Blithe Spirit with Canberra Rep (nominated for Best Comedy Performance). And so began her professional life as an actor. She sometimes wishes that her friend had dragged her to the Stock Exchange instead!!

On returning to Ireland , she completed the two year full-time programme at The Gaiety School of Acting. Since graduating, Gene has appeared on almost every stage in Ireland in almost 50 productions. In recent years, she was lucky enough to tour Ireland, the UK and Australia, with Fishamble’s award-winning Swing. Other favourite productions include, How I Learned to Drive (Lyric, Belfast), The Importance of Being Earnest (Guna Nua), Pigtown (Island Theatre Co, nominated for multiple Irish TimesTheatre Awards), Buck Jones and the Bodysnatchers (Dublin Theatre Festival, nominated Best Production ITTA) and Bread Not Profits (Guna Nua, which won the Audience Award, ITTA 2020).

Gene has also worked on many film, TV and radio proroductions. A highlight being, when Martin Sheen told her she was funny…well, if President Barlett thinks, it must be true…? She also works as a voiceover artist and currently is one of the voices of Virgin Media Television.

She has done extensive training in improvisation, under the mentorship of Australian, Jo O’Reilly (World Theatre Sports Champion and past Artistic Director of Boom Chicago, Amsterdam), who continues to be a mentor and great friend.  Gene has been a teacher of Acting and Improvisation for twenty years, giving courses in many institutions, including The Irish Flm Academy and The Gaiety School of Acting, where she also directed the Graduation Scenes Showcase for twelve consecutive years.

Gene’s corporate work includes Communications Training, Roleplay and facilitation with companies specialising in business training. She has worked with Accenture, Bank of Ireland, Deloitte, and The Law Society of Ireland, among others.

She has adjudicated at Drama Festivals as far afield as Sri Lanka and Kildare. 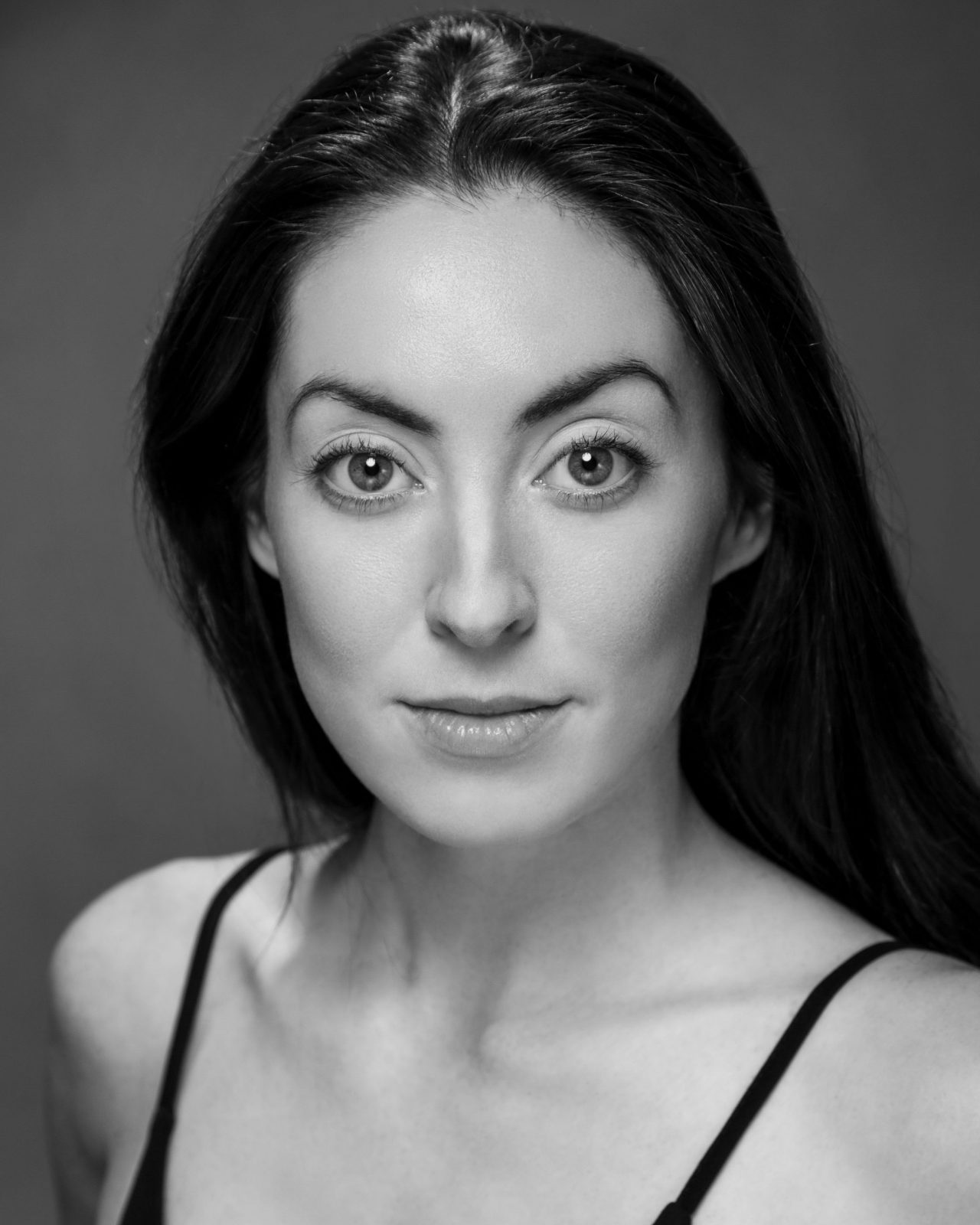 Jessica is a professionally trained actor from Cork. She trained at The Gaiety School of Acting in Dublin (2015- 2017). Jessica was also mentored by Screenwriter, director & Author Stefanie Preissner (Can’t Cope Won’t Cope) during her time in training. Jessica has been writing and creating her own work since graduating from The Gaiety in 2017. Her debut play ‘Two Of Clubs’ ran for two weeks at Theatre Upstairs, Dublin in December 2017 and went on to play at the 2018 Listowel Writers Week, and Cork Arts Theatre for the Cork Jazz Festival 2018. Her second play ‘Waiting For Wifi’ was part of CorcaDorca’s SHOW 2019 at the Triskel Development Centre, and was originally commissioned (pre- pandemic) to debut at the 2020 Cork Midsummer Festival before opening finally at Cork Arts Theatre in August 2021. Jessica has also trained with Theatre Lovett, as well as with Raymond Keane in Clowning. She was professionally mentored by Donie Courtney from 2015 – 2022.

In 2020 Jessica wrote, directed and produced four concept music videos for Irish artists Emma Langford, Rowan and James Or. In 2021 Jessica was commissioned by Cork Midsummer Festival to write ten theatrical monologues for an online performance as part of the 2021 virtual festival. This also included three new songs and concept music videos written, directed and performed by Jessica – the songs are now available on her Spotify under her music artist profile Jess Leen. In October 2021 Jessica received a 1:1 in her Master’s Degree in Screenwriting for Film & Television at The National Film School (IADT).

Jessica also has a BA in Journalism & New Media from the University of Limerick. She spent a year in Budapest in Hungary in 2014 as part of her degree where she studied Hungarian Film & Radio. She currently works as a morning news broadcaster with Cork’s 96Fm & C103. She also works with The Law Society of Ireland Blackhall Place, and Kings Inn College, as a roleplaying actor. Jessica also has vast experience in teaching. She has facilitated Leaving and Junior Certificate Shakespeare workshops both freelance and with The Mill Theatre, Dundrum. She taught performance and improvisation to Transition Year Students at Santa Sabina Dominican College in Sutton, as well as being a Children’s Drama, Dance & Singing instructor at the Brennan Academy of Performing Arts. She currently works as a head drama tutor at The West End House School of Arts in Killarney.

Jessica is currently based between Dublin & Kerry. 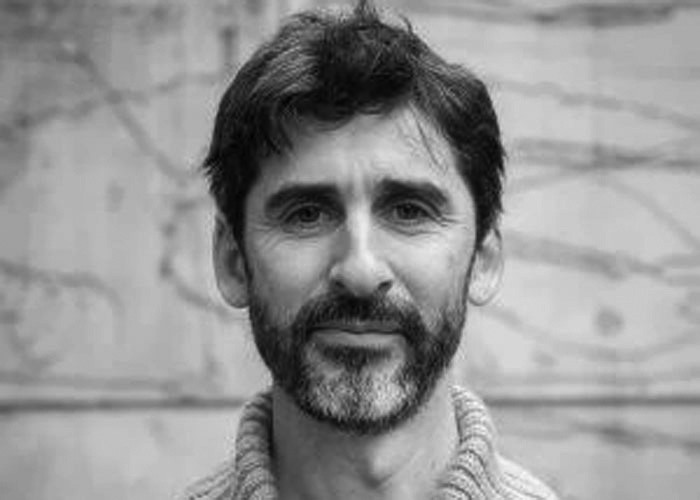 Russell Smith is a voice, speech & accent coach, as well as a specialist singing coach with well over 20 years experience. He works institutionally and privately, with students and professionals across a range of disciplines, and as a dialogue coach for film and TV.

Institutionally, Russell has taught since 1998 at the Gaiety School of Acting. He currently also teaches at TU Dublin and Inchicore college of further education. Russell has also taught at Trinity College Dublin, American College Dublin, the Irish Film Academy, and internationally in London, Shanghai and Sydney on various performance-degree programmes and events.

Most recently Russell has become involved in delivering the Fitzmaurice teacher-training programme in LA. A qualified Fitzmaurice Voice teacher himself, he also draws on a long-standing immersion in the Roy Hart approach to voice and a range of other vocal and cross-disciplinary methods.

He previously enjoyed a career as actor, singer, musician, musical director/composer in Irish theatre and film since the early 90’s.
Russell is passionate about unlocking vocal and personal confidence and freedom, involving the healthy integration of mind, body and movement, finding connections between accent and character, and building inner resilience skills in an ever-changing world.